The First Archaeologist in Athens and His Philhellenic Correspondents.

As an archaeologist Christoph W. Clairmont (1924-2004) dedicated his life almost entirely to the study of the Attic grave-stelai. Classical Attic Tombstones (1993/1995) may be considered his opus magnum.

Of the artists and scholars from all over Europe who early in the 19th century travelled to Rome, some decided to make an excursion to Greece. Others arrived from the North via Constantinople. All needed guidance in a country which had long been under Turkish rule and was utterly foreign in language and culture. In Athens, many sought assistance from Louis-François-Sébastien Fauvel (1753–1838), who had been appointed French consul in 1803. During his initial years in Athens (1786–1792) as an artist in the service of Count Choiseul-Gouffier, who was then the French ambassador in Constantinople, Fauvel acquired antiquities for the count’s collection. His house was a meeting-place for foreign visitors. The many Philhellenes among them often lived and travelled together, and they conducted the first systematically documented excavations in Greece (Aegina 1811, Bassae 1813). A selection of their letters, written both while in Greece and in later years from their home countries, are proof of a lasting affection for their mentor Fauvel who, through a lifetime’s study of ancient remains at first hand, may with some justification be regarded as the first archaeologist in Greece.

See also the two volumes in his honour: 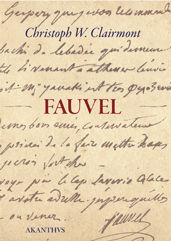